Mum's the word, a mediocre idea comes good at last

As a rule of thumb most of my ideas are pretty average.

But even mediocre ideas can change over time. They can develop and grow. They can mesh into other ideas.

Serendipity can work its magic linking two things together that were, until that point, drifting alongside each other.

On 28th January, only two months ago I woke up and realised I knew what we had to do. A moment of clarity at last. A bolt from the blue so to speak.

It was a conundrum I'd been trying to solve for at least five years, although it's fair to say in the last year or so I'd given it a bit more thought.

Having tried and failed to find a way of making Asda cool on YouTube (saving you money TV was one of the early hopeless attempts), I'd come to the conclusion we needed to curate not create.

A year ago - armed with this new found perspective - I was still none the wiser what to do next.

Then in July, following an all day session with YouTube, it started to become clearer.

A very glamorous lady from LA (I forget her name, Stephanie I think), introduced the concept of StyleHaul from the US. A network of independent content creators, amplifying each other's work.

Suddenly I was really interested. Product related content. Created by individuals who had already found an audience, and a big one at that.

Did you hear that? Fourteen point four billion views.

As a point of reference a typical video posted on YouTube by Asda gets a few hundred views. We have a grand total of 1300 subscribers.

So you can see why it peaked my interest.
It was then that the chaps from YouTube suggested I meet Dom from Gleam.

In a little side street near Covent Garden in the lower basement of a small office my world was about to change. For the better I hasten to add.

Dom walked us through his talent presentation. Pictures of mainstream celebs on one side. Young people I didn't recognise on the other. Who had more twitter followers? More subscribers on YouTube? More fans on Facebook?

The answer was obvious. But the thing that stood out was the video of Tanya Burr meeting her fans in Covent Garden. Advertised in advance via her Twitter account, and expecting a few to turn up, things quickly got out of hand.

Security stepped in to avoid a crush. The Apple store had to close. Tanya had to be whisked to safety via a restaurant's kitchen fire exit.

This is big. Really big.

Dom then shared an anecdote of a senior marketing director at a brand who had questioned the value of all this 'social media stuff'.

A call later. And a quick tweet from one of Dom's talent and suddenly Google analytics lit up on the brand's website. A website they were spending millions on via traditional TV but to limited effect suddenly had a surge of traffic thanks to one seemingly innocuous tweet.

Ok I get it Dom. Where do I sign? How do we work together. And quickly before everyone else gets it too!

We decided to pick an event to test the art of the possible. Dom proposed a number of different options.

Let's do them all I said. Much to his bemusement.

I won't bore you with the details as I blogged about it at the time. But needless to say it was a pivotal moment in my career.

Feels a bit weird saying career. But as I hurtle towards my 40th birthday, my twelve year at Asda and sixteenth in PR, this moment feels like a turning point.

For the first time I feel like I actually know what I'm doing at last. And rather than keeping it to myself I feel the need to share. As Austin Kleon said in Austin it is our duty to teach others what we know.

On Friday a week and a half ago we launched Mum's Eye View the UK's first dedicated YouTube channel aimed squarely at mums http://www.youtube.com/mumseyeview.

Hosted by established talent like Pixiwoo the channel will only be as good as the content they choose to create for it. We will merely curate it.

In effect I've handed over control to them as unlike me they literally know best.

And less than 48 hours into our new venture my hunch was proved right. Tens of thousands of views. Thousands of likes and clicks and thousands of usually hard fought subscribers.

Without wishing to over egg it, this is the most exciting thing I've done in 16 years of trying.

*As I've grown to understand what Gleam do I've realised they are not like StyleHaul at all.

StyleHaul are an ad network; combining channels (not talent) to create reach through impressions rather than engagement and relationships.

Gleam is a talent management company. They care about the talent and their audience and see the potential in the relationship that they have with them.

They are developing talents individually into brands rather than making them part of a larger commodity.

Whereas StyleHaul are brokering both talent and platform.

The talent StyleHaul mention when they talk about a community of creators is often talent that Gleam manage. 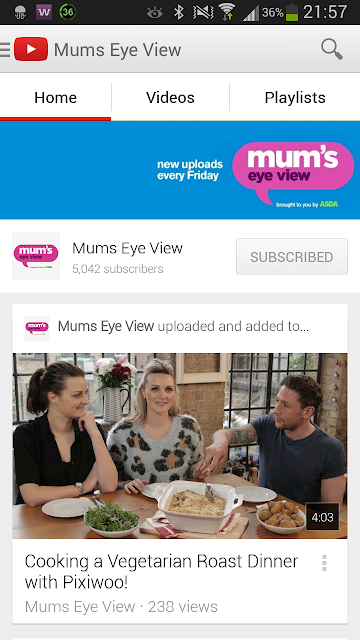